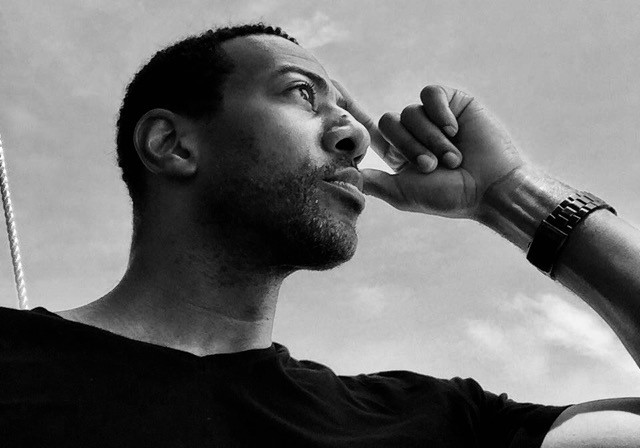 Johnnie Williams III has spent 20 years encouraging students parents and educators within north America and beyond.  He has also co-authored two children’s books with Eric Walters, and produced a financial literacy workbook that was sponsored and trademarked by JP Morgan Chase.  His client base has included school boards both domestic and abroad, and two of which fell within the largest in North America.  NBA teams have contracted him to inspire youth within their local markets, and universities have utilized his voice to promote college.

Johnnie Williams’ presentations are unique and offer a metaphoric concept that help audiences remember, understand and share the message.  Simply put, he is an Encouragement Specialist that has developed engaging presentation skills.  Johnnie has delivered impactful speeches in urban, suburban and rural areas across the country and other countries as well.  He has always stated that his presentations will put peoples need for encouragement before personal profit. And, he has proven that with his efforts over the past years as he focused his efforts on inspiring students across Nevada from Las Vegas, Elko, Reno, Beatty, Armagosa and Pahrump.

In partnership with the Nevada Department of Education.  Johnnie’s efforts have inspired many students to see beyond their perceived limitations.  He has been contracted by the 5th largest school board in North America to speak on subjects like Bullying and Cultural Competency.

The UNLV Foundation has honored him with membership into their Silver and Gold Medallion Society.  These prestigious awards are reserved for university donors who have contributed more than $500,000 to the University of Nevada Las Vegas.

Johnnie Williams is an encouragement presenter that has spoken to youth and adults in the United States, Canada, China, Africa, and the Philippines.  His messages are simple, and layered like an onion for lasting  impact. His anti-bully message “SHATTERED”, has been requested by schools, anti bully organizations and civic institutions like the Montgomery County Office of Human Rights.

His work in the area of financial literacy has included the creation of two life skill workbooks funded by both  J.P. Morgan Chase Foundation and Fannie Mae Foundation.  The concept was simple; create a life manual to assist youth with mapping out a plan for managing life in the years to come.  The workbooks cover career planning, resume writing, check writing, retirement planning and credit education.

For young readers, he has co-written 2 award winning children’s chapter books that have been published by Orca Book Publishers.  The stories have been infused with family values and offer reflective storylines.

Johnnie’s work in the state of Nevada has included clients like NV Energy who have booked Johnnie multiple times to address students invited to their college scholarship workshops, and also to inspire their staff with an African American history month presentation.

Johnnie considers himself an activist with a passion for helping people – help other people.

This mentoring mindset has broadened his impact and exposure.  Many articles have been written about his work and he and his brother Jerome were  interviewed for a book featuring various activists.

Over the past 20 years Johnnie’s dedicated time to inspiring youth across this nation and beyond, and come to the conclusion that he’s not a speaker.  But, rather a conversationalist, using simple and relevant concepts to move and shift peoples perspective on a given topic or theme.

Johnnie Williams III is an Encouragement Specialist whose efforts to inspire individuals young and old has spanned 20 years and served more than 1 million individuals.

His metaphorical speaking style has set him apart from others due to an uncanny ability to simplify complex subject matter.  He has collaborated with award winning authors to publish 2 childrens books that promote character and family values.  And, both the Fannie Mae Foundation and the JP Morgan Chase Foundation solicited his services to create financial literacy workbooks and workshops for high school students in urban markets around the United States.
His tireless efforts to empower youth to pursue their dreams caught the attention of former Michigan governor John Engler, who appointed Johnnie to the states Committee on Juvenile Justice.  Other public officials have followed with similar recognitions and civic awards.  Most recently, the Mayor of Henderson, Nevada (a top 50 best city) appointed him to lead the cities brightest young leaders on the Blue Ribbon Commission for Educational Excellence.

As his career begins to shift towards corporate presentations and creative consulting for entrepreneurs, Johnnie is concluding a partnership with Nevada Department of Education and its Universities partners to steer more than 25,000 students towards college.  His efforts have been awarded, his youth program concepts have been shared at national conferences and he has been recognized by both the UNLV Foundation and the state of Nevada for providing nearly $1,000,000 in presentation discounts to support the states efforts to encourage some of its most challenged students

As Johnnie Williams set out to craft a brand name for himself, he asked one simple question…

What is the overall objective?

If he’s speaking, or if he’s writing, how listeners can use and apply his examples to help even more people.  Johnnie has entered into a phase of life where much of his focus is on building a legacy; not so much on what he’s done, but what he was able to inspire others to do – for others.

“The majority of our society’s problems are man-made, leaving the power of solution in our (collective) hands.” – Johnnie E. Williams III

Just a little something to think about…

Do you recognize a pattern? This was a sequence of 14 hours and an overnight flight to go serve in the city of #Chicago - I looked up at my phone randomly each of these moments just to check the time and noticed the numbers on my screen were different patterns of the same #111 message. I felt it was meant for me to share that this isn’t weird, a crazy coincidence… it is an example of the amazing sequences of synchronicity that sustains all. #thinkaboutit

Your #vibe is like your own personal XM #radio station in the cosmos. So be consistent with your resonance #frequency so that folks don’t catch static when connecting with you.

@taleen_sofee and I are considering re-wrapping our book ‘SELF talk’ to stand out even more and simplify the original cover design. What readers find within its pages is changing lives, this book serves as both a mirror for #selfreflection and a #compass aiding #selfexploration - get more information at SelfTalkBook.com and let us know what you think of the new (front and back) design.

Anyone else know what I’m talking about? #quotes #quote #quotestoliveby #quoteoftheday #quotestagram

Something to Think About…

Just a little something to think about… #quote #quotes #quotestoliveby #quotestagram #quoteoftheday compliments of JohnnieWilliams.com

Some say that catchy titles help to separate you from the pack. I say let’s go even deeper than that by breaking your title down into a literal definition of your PROfession and services. #johnniewilliamsiii #the #encouragement #specialist

Just one of my personal philosophies on #parenting

This is one of #50andover type quotes that I hope everyone can vibe with. #somethingtothinkabout #quote

Is There Something Else You Would Like To Know?